I think I'll make these monthly update posts a semi-permanent thing. Anyway, last month I said I was going to go in a "new direction" with my blog. I was aiming for a Caos tutorials direction, but made very little progress on them. I did finish some projects though! Admittedly, it's mostly because the CCSF looks like it's going to happen this year. The Sound Emitter and giant list of agents are only two of the projects. Another one, the Hoverdoc Lite, is waiting for the CCSF. (If you've seen the green and blue/pink thing floating over my norn's heads, that's the Hoverdoc Lite.) I'm also a few steps away from completing version 2 of my Stinger Norns. So they might, finally, be finished and post before the end of the year.

Besides for finishing some old projects, I've also been toying around with a few others. The biggest of one is a newer version of the weather generator. I do have more details about that, but I'll save that for next week when I actually have something coded. Another project is something I've been working on for a while, autonamers that give out names based on all of the Elder Scrolls races. There are a few Protective Tub replacers for Elder Scrolls races, but I decided to make my own autonamers for them. This also includes Orc names that actually work like real Orc names. So females pass on their first name to their female children. And that's pretty much it for projects and what's going on in-game. The only non-testing world I have is a wolfling run I threw together a few days ago.

Email ThisBlogThis!Share to TwitterShare to FacebookShare to Pinterest
Labels: update

I meant to post this yesterday but underestimated the sheer amount of formatting. Anyway, between updating an old agent and releasing a new one, I finally finished reinstalling C3/DS. While reinstalling, I also put together a list of agent I installed and backed them up for later. After I realized just how many agents I had found links for, I decided to turn it into a blog post. I should probably mention that my particular play style features a lot of metaroom customization and third party downloads. Depending on how you play the game, you might not find this list useful. If nothing else, I hope the list of patches/fixes is helpful. Finding some of them can be a real pain. 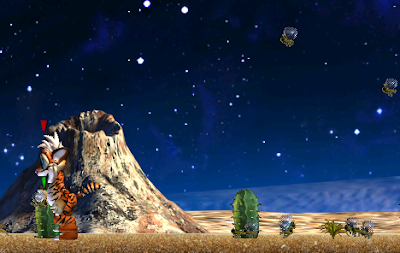 Critter and Bug Smells simply adds smells to all critters and bugs to help creatures find them easier. More specifically, it gives critters and bugs CA 0. There's also a few tweaks to let CA 0 travel like other CAs. Otherwise it wouldn't travel properly. Since it uses CA 0, and only CA 0, it doesn't conflict with agents that use CA 19, like the New Toy Smell. It also has an auto-recovery script heavily inspired by the one from Snap out of it. So any unknown bugs don't stop critters and bugs from smelling.

If you're upgrading from version 1, either start a new world or remove the old version of the agent before installing the new one. I'd recommend starting a new world but that's mostly because I don't know if CACL can connect more then one agent type to a smell. If so, you might have some very confused norns if they look for a critter/bug and find a toy instead.

Edit: 11/2/18: I've updated it to version 1.2 to fix a problem with the auto recovery script. I've also probably fixed the main problem this time. If you haven't updated it from version 1.1, please do so. 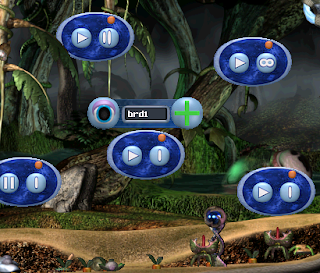 I noticed while playing in the Oasis metaroom that rooms with background noises were more relaxing. So, with some sprites from Doringo, I created this agent to fill other metarooms with noise. There are two parts to it: the console and the actual sound emitters. The console creates sound emitters and also toggles if they're shown or hidden. The middle part of it lets you type in the sound you want a sound emitter the play.

The sound emitters themselves have a play/pause button, let you toggle how frequently they play the sound, and a button to delete the sound emitter. The sound emitters created by the console only play one sound, but an additional agent in this pack lets you play multiple sounds. They're also fairly easy to customize just by changing a catalogue file around. Other then that, they work like the regular sound emitters do.

There are a few quirks with this agent though. The console only accepts four characters for the sound's name and both sound emitter types only play sounds with four characters in their names. The game only plays sounds like that, so not much I can do there. If you create a sound emitter with a sound that doesn't exist and try to play it, the emitter will either disappear or spit out a "Sound file missing" error. This shows up in sound emitters created by the console and the customizable ones.